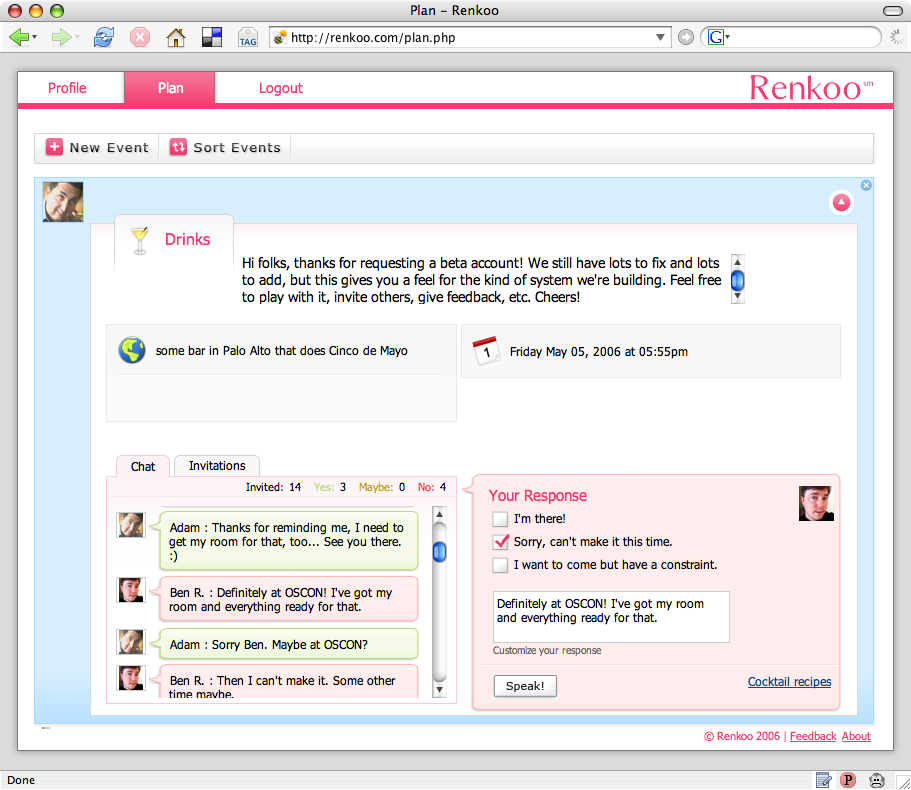 This time last year, a single word began a revolution in Web design. Coined and published on February 18, 2005, by May, the word “AJAX” was on everyone’s lips. It soon became the talk of the entire industry, and has revolutionized Web design as we know it – or, at least, it’s given plenty of bloggers lots to talk about.

Ajax is old hat now. This year, the word is “Comet.”

Comet is a “new” style of low-latency data transfer between the Web browser and server. Alex Russell, who coined the term in his March 3rd blog post, calls “this style of event-driven, server-push data streaming ‘Comet,’” though the term doesn’t stand for anything, unlike its cousin AJAX. In short, Comet applications maintain an open HTTP connection, reducing the latency for data delivery. The user no longer needs to take any action for updates to appear; updates to a Web page can appear in real-time (sans any clicks or other form of user interaction).

It’s hard to sometimes grasp what a technology does without a good reference point. Alex lists several examples, among which are GMail’s GTalk integration, Meebo, and Renkoo1 2.

Thus far, the most prominent implementation is chat through a Web browser, but I think that some other uses are obvious: data entry and reporting among teams of researchers, Web-based stock sites such as Scottrade, Web-based e-mail applications, groupware, etc. Anything that involves data that is ever-changing and evolving would do well to take note of Comet.

Comet evokes the obvious scalability questions that come with any new technology like this, and Alex addresses this briefly, mentioning some server software for event-driven IO. I noticed that Renkoo uses one of these tools: mod_pubsub. He also mentions that the Dojo toolkit already supports Comet via dojo.io.bind(). Again, I saw that Renkoo uses this toolkit.

I’ve also been able to take a look at Renkoo (still in beta), of which, I must admit, I was very skeptical about at first. However, after seeing how forward-thinking they have been with their technology and how they’ve managed to leverage as much of the “coolness factor” as possible into their service, I think they’ll pull it off quite nicely. Of course, when you’ve got $3M and your laptops are covered in cool stickers, you can do just about anything.